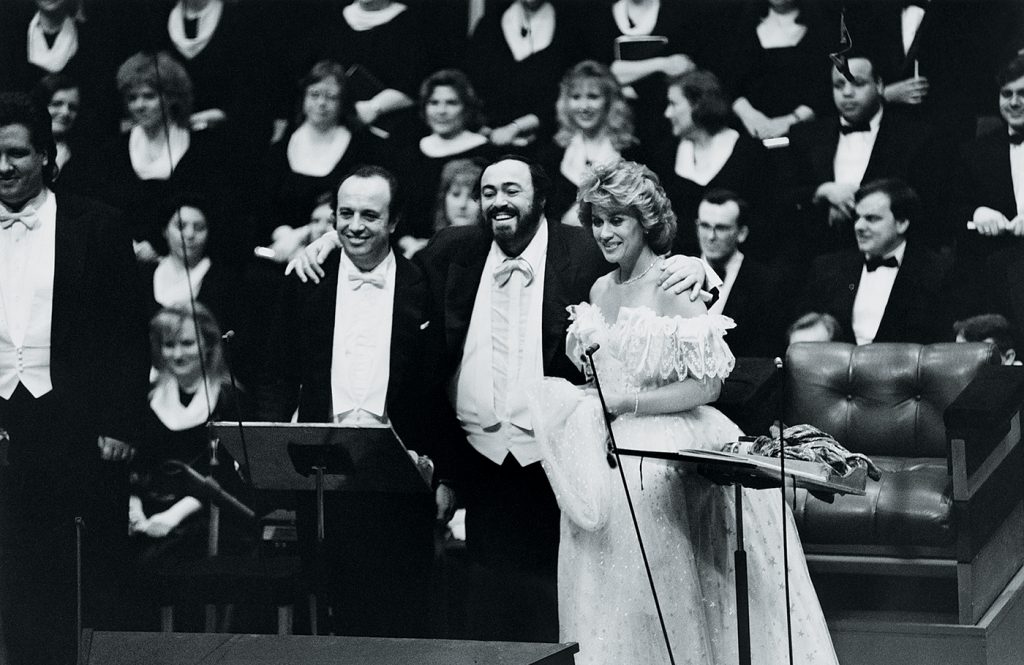 The Story / The Story of Pavarotti: Part 6

Two new preoccupations engaged Pavarotti’s attention from the 1980s onwards. The first was looking after the next generation of opera singers. He established the Pavarotti International Voice Competition, each occasion culminating in staged scenes from operas that were part of his repertoire. These reached a climax in staged performances by entrants in the Great Hall of the People in Belling in China – an occasion that also saw Pavarotti himself sing to a crowd of 10,000, a ground-breaking moment in Chinese musical history.

Pavarotti also engaged on a long-term project to raise money for charity. On the eve of his annual show-jumping event, the Pavarotti International-CSIO San Marino, the tenor would invite singers from every walk of musical life to join him in a concert to raise money for various charitable organisations. One of these was War Child, founded in 1993 in response to the conflict raging in the former Yugoslavia to benefit the children left homeless and without families. The culmination of Pavarotti’s work for War Child was the opening of the Pavarotti Music Centre in Mostar, Bosnia, where music becomes a way of bringing children together in a safe and welcoming environment.

The first Pavarotti and Friends saw Sting, Zucchero and Lucio Dalia join the tenor in a concert that was expressly designed to break down barriers. With each successive concert the collaborations became more adventurous and artistically more rewarding. The guest-list of visiting artists included such names as Andrea Bocelli, Bryan Adams, George Michael, Elton John, The Spice Girls, Jon Bon Jovi, Stevie Wonder, Liza Minnelli, Ricky Martin, BB King, the Eurythmics and Bono whose duet with Pavarotti, Miss Sarajevo, engaged not only Pavarotti fans but also admirers of U2’s charismatic lead singer. It was also one of the very few attempts by a classical singer to cross over into rock music and pull it off (it reached No.6 in the UK singles charts).

The last fifteen years of Pavarotti’s career saw less work in the great opera houses of the world. He was constantly troubled by health problems, particularly with his legs, but he never turned his back on the great venues of his early triumphs. In 1992 he returned to the Met in a role he had first sung back in 1969, Oronte in Verdi’s I lombardi. He struggled to make it much more than a stand-and-deliver performance, but vocally it was a part well within his abilities and the subsequent recording shows him off well. The following year he took on another Verdi role: that of Don Carlo, that emotionally complex character at the centre of one of the composer’s darkest and most intriguing works. Pavarotti’s characterisation again showed an artist well inside the role and still willing to take on new challenges at a time when other singers might have eased back. It was at a performance of Don Carlo at La Scala that Pavarotti cracked on a high note. The incident made headlines the world over, but the tenor was sanguine about it. As he pointed out in his book, Pavarotti: My World, “When you are said to be one of the best in your profession, the critics act as though they never heard of a professional singer hitting a bad note, and when it happens to you, they announce the end of your career”.

“To meet he was jovial with a sharp sense of humour. Free of false modesty, he knew his worth He certainly fulfilled his ambition to bring opera to new audiences and they rewarded him for it.”