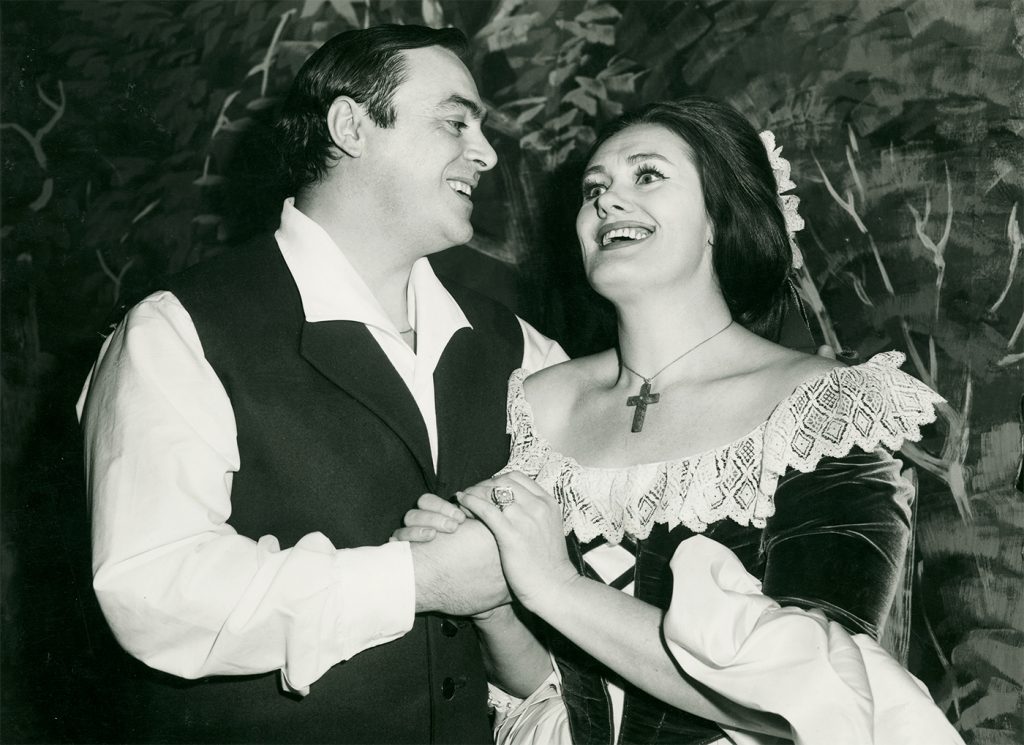 The Story / The Story of Pavarotti: Part 3

The mid-1960s also saw Pavarotti working with the great Austrian conductor Herbert von Karajan. Karajan’s musical empire at the time embraced not only La Scala in Milan but also the Vienna State Opera and the Berlin Philharmonic. A master of the great symphonic repertoire, Karajan’s earliest years were spent laying down a foundation in the opera house. Like many of opera’s finest conductors he began his career as a repetiteur, teaching singers their roles. By the 1960s his reputation was firmly established. As he was ever on the look-out for striking new talent, it was inevitable that his and Pavarotti’s paths would cross. The Decca producer Christopher Raeburn has commented that Karajan “admired [Pavarotti] hugely as a talent and as an extremely important singer of his generation. And Luciano had huge respect for him. I would say more respect for Karajan than any other conductor with whom he worked.”

One of their first recorded collaborations was actually a film – Verdi’s Requiem performed by the forces of La Scala, Milan with a line-up of soloists of one’s dreams: Leontyne Price, Fiorenza Cossotto, Pavarotti and Nicolai Ghiaurov. It was a concert to mark the tenth anniversary of the death of Italy’s greatest conductor, Arturo Toscanini. The young Pavarotti, still without his now trademark beard, sings the “lngemisco” with exquisite detail and wonderfully expressed emotional weight. (Later that year Pavarotti would record the piece for LP under the other great conductor of the day, and another regular musical partner, Sir Georg Solti).

Karajan and Pavarotti worked together on two Puccini recordings that have since become classics, La Bohème and Madama Butterfly. This is Puccini on a grand scale. The sound of the Berlin Philharmonic is plush, luxurious but always remarkably responsive to the fluctuating emotional temperature of these glorious works. Pavarotti and Freni, friends since childhood, act and react wonderfully and over everything Karajan presides, demonstrating his love for the music. Pavarotti rarely enjoyed the kind of sympathetic support that Karajan gave him: so mindful of his voice that he could sing with barely a thread of sound and still be heard perfectly. These are performances of enormous subtlety and as such were perhaps only achievable in the recording studio. Whatever the case, they have earned themselves a huge following over the past three and a half decades. Just listen to Pavarotti in “Che gelida manina” and you will realise that he is first and foremost a stylist.

“The leaps to high Cs are tireless, and are not there as a great show-off but as part of the fun and fete, expressions of joy and energy like a youngster doing cartwheels or standing on his head, and none the less artistic for that.”