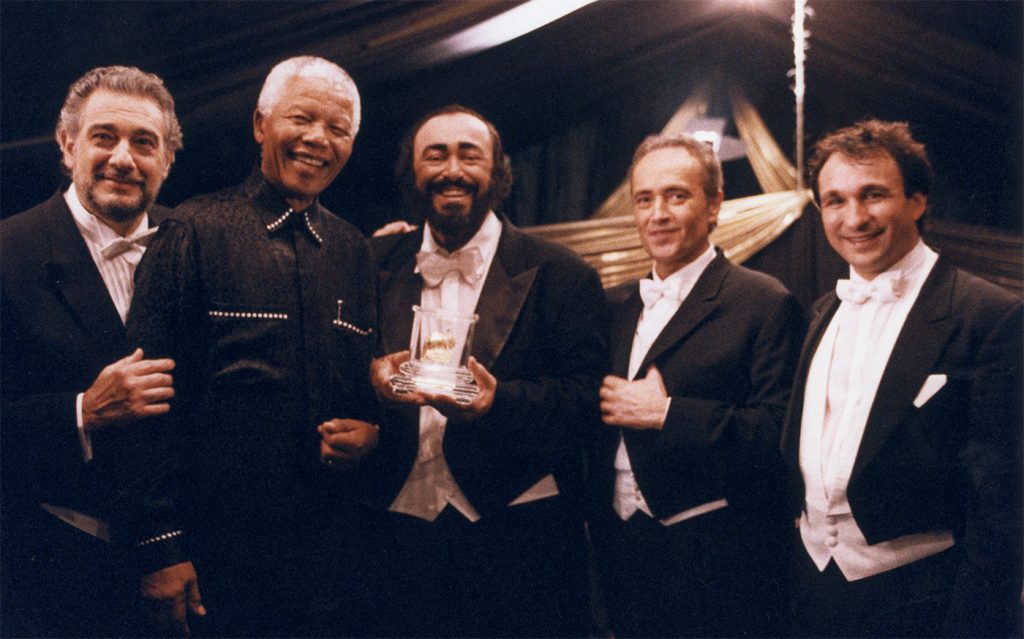 The Story / The Story of Pavarotti: Part 5

By the end of the 1980s, Pavarotti’s fame was universal. His extensive discography ensured that his voice was heard in every corner of the world and his televised appearances at major houses like the Met received record viewing figures. When he sang Rodolfo in the first Live from the Met telecast, he achieved the largest audience ever for an opera in the US. increasingly Pavarotti and his management looked for opportunities to reach out to new and ever – larger audiences. Stadium events became part of his musical life: a selection of popular arias, a handful of lighter numbers and a couple of overtures and the Pavarotti magic could be spread to tens of thousands, not merely a couple of thousand.

The Three Tenors Concert in Home in 1990 was the start of a series of such events that virtually became a brand in their own right. The relaxed, laid-back Roman concert was succeeded by multi-million-dollar media events that, while undoubtedly popular, smacked of unashamed commercialism. Among the many other cities which hosted the tenors were Los Angeles in 1994, Paris in 1998 and Yokohama in 2002. Pavarotti – on his own – entertained an audience of 150,000 in London’s Hyde Park in 1991, the first time a classical concert had been given in the Park. Attended by the Prince and Princess of Wales, the concert – which was given in pouring rain – was televised and became a best-seller in its video format. Pavarotti was on charming form and Diana certainly went away happy – if soaked to the skin! ln 1993, the scale grew even larger when Pavarotti appeared before an audience of 500,000 on the Great Lawn of New York’s Central Park.

“l had often thought about holding a voice competition. I have never forgotten how important it was for me to win the competition in Reggio Emilia in 1961. It changed my life completely.”