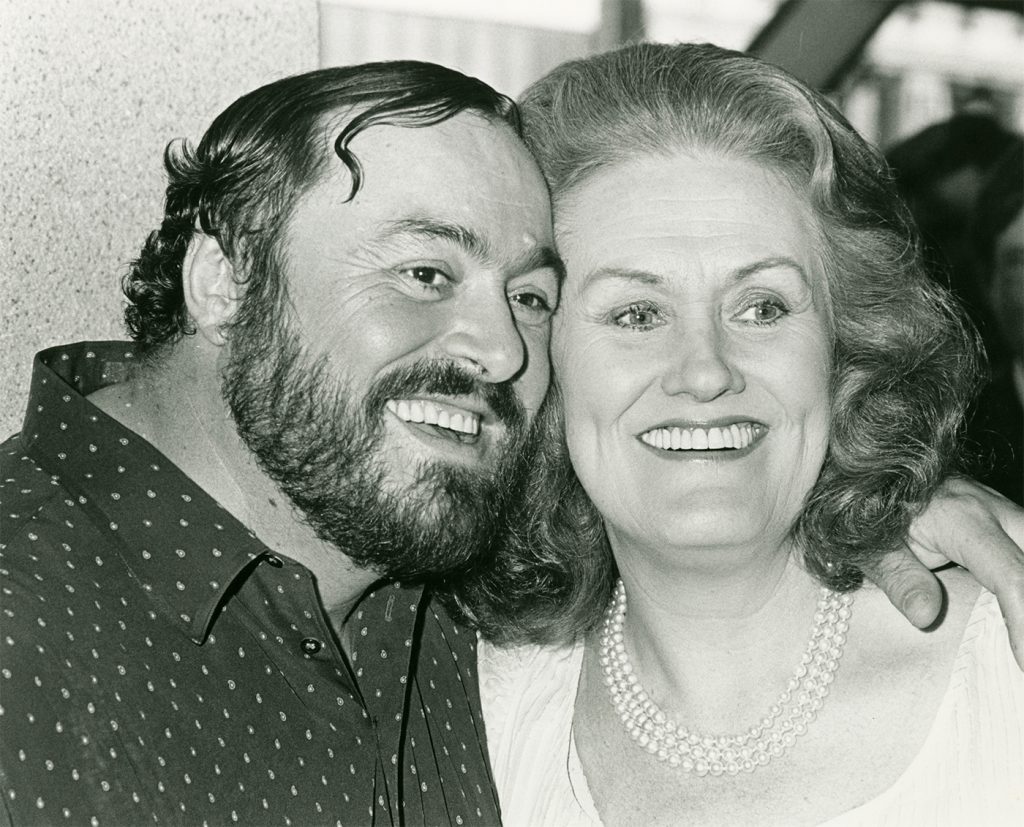 The Story / The Story of Pavarotti: Part 4

The 1970s saw Pavarotti rise effortlessly to the top of his profession. Apart from his musical talents, people responded to him as a man: he was unique for his size, his openness and his generosity. Not since Enrico Caruso had an operatic tenor captured people’s imagination in that way. His calling card for the United States – something that resoundingly established his reputation there – was Donizetti’s La Fille du regiment. This light-hearted charmer suited Pavarotti perfectly because not only could he demonstrate his technique, but he could take a lightly ironic approach to the role of Tonio, ever so gently sending himself up. The aria “Ah! mes amis” contains nine high Cs which, at his Metropolitan Opera performance on 12 February 1972, he spun off into the theatre effortlessly. He was granted seventeen curtain calls and his reputation took on a new scale and scope. Tonio was a role he sang to acclaim throughout the US: in Atlanta, Boston. Cleveland, Detroit, Memphis, New Orleans and Minneapolis. it was a part he had recorded back in 1968 opposite Joan Sutherland and it remains one of their most cherishable collaborations – neither singer being immediately associated with comedy but both clearly comics of great wit. Pavarotti bowed to no one in his admiration for Sutherland, describing her to the critic Jürgen Kesting as the “most perfect singer as far as technique is concerned that this century has known”.

So what of Pavarotti’s voice itself? ln its early years it was a lean, light lyric tenor with all the flexibility that one associates with such a voice type: what it lacked in volume it made up for in ease of production and sweetness. It was the sort of voice that didn’t need to be forced into roles that were too big for it and as a result Pavarotti rarely resorted to the vibrato that some tenors employ to project the voice. And much of its fine vocal shape during the 1960s and early 1970s was thanks to his good sense in staying within a repertoire perfectly matched to his abilities. And in the studio during that period he was kept busy: in six years he recorded eleven operas and the Verdi Requiem. And as his discography grew so did his reputation. In Verdi the allure of later roles can lead tenors into dangerous waters.

Pavarotti’s first couple of decades went no further than the composer’s so-called middle-period roles, the tenor parts in Luisa Miller, Rigoletto, La traviata and Un ballo in maschera. But Verdi went on to write those hugely appealing parts that few can resist. So from the mid-1970s onwards, Pavarotti reached out into heavier roles. Along with Manrico (ll trovatore) and Radamès (Aida) came a darker, smokier quality, though always overlaying his essentially lyric production. His most striking departure from the traditional lyric repertoire came in 1991 when he took on the role of Otello – one of the most challenging tenor parts in the entire repertoire – for four performances in Chicago and New York to mark Sir Georg Solti’s farewell to the Chicago Symphony Orchestra. It became one of his most talked-about undertakings and as the recording made from those live concerts demonstrates, there is much of the role that can be embraced by a lyric tenor.